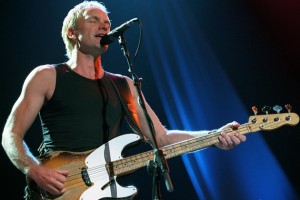 estate planning Fortress Around Your Heart Sting the Police trust