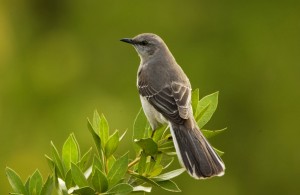 Harper Lee, the author of To Kill a Mockingbird, died last month at 89. Since her death, her executor first requested, and received, permission to keep her will private resulting in secrecy regarding the value of estate and her beneficiaries.  Last week her executor notified the publisher of the mass market (re:  less expensive) version of To Kill a Mockingbird that it would no longer allow the publication of that version of Lee’s beloved novel.

The least expensive version will now retail for $14.99 or $16.99 compared to the current $8.99, financially harming schools that purchase the book for their students.  For the record, the executor of Lee’s estate is also her attorney who “discovered” a draft of  Go Set a Watchman in Lee’s safe deposit box and oversaw its publication last year.  Also for the record, Lee suffered a stroke in 2007 and spent her last years in a wheelchair mostly deaf and blind with impaired memory.  Lee, who had no children nor grandchildren, zealously guarded her privacy and lived frugally even though she earned $3.2 million annually in royalties from Mockingbird.