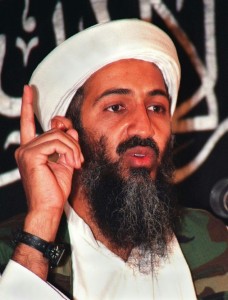 A document purporting to be the will of terrorist Osama Bin Laden was released this week.  The one page handwritten document dates from the late 1990’s.  It was part of a cache of documents retrieved from his compound by Navy SEALs. In it, OBL gave 1% of his estate to one of his henchmen, 1% to another, and directed his family to use the rest of the estate to fund jihad.   No word on what happened to his estate at his death or whether he ever updated his will.