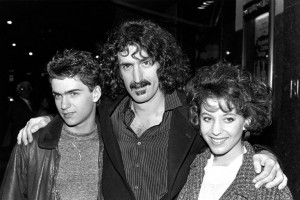 Frank Zappa was an eccentric musician who died in 1993. He was survived by his wife and four children – Ahmet, Diva, Dweezil, and Moon. (ed note: he was early in on odd names for celebrity children). For the past decade, Dweezil has played his father’s music on a concert tour titled “Zappa Plays Zappa.” After Zappa’s widow (and Dweezil’s mother) died, Ahmet and Diva became trustees of the family trust and have told Dweezil that he no longer has permission to use the title “Zappa Plays Zappa” without paying $150K each time he performed a song owned by the trust. The concert tour will be titled “Dweezil Zappa Plays Frank Zappa” this summer.
Several points:
1. The selection of a trustee is vitally important. A corporate trustee would likely be more onerous than the Zappa siblings and extract as much money as possible from Dweezil for performing his father’s music.
2. There is no word on how much his mother made Dweezil pay the trust for the use of the music. Odds are that it was minimal.
3. Dweezil is correct that the new tour name “does not exactly roll off the tongue.”
4. Abel and Cain were unavailable to comment on the sibling rivalry.
5. My first rock concert was Frank Zappa at the Armory Fieldhouse in 1978. How my musical tastes have changed.
Ahmet Zappa Armory Filedhouse concert Dweezil Zappa estate planning Frank Zappa Moon Zappa trustee trusts Zappa Plays Zappa