This Never Works, So Why Try?

Alan Hruby is the 19 year old, college freshman accused of killing his parents and 17 year old sister so he could inherit his parent’s estates after they stopped supporting him financially.    The self described shopaholic who got a thrill from using credit cards was in debt to a loan shark for $3,000.  He allegedly confessed to killing his sister so he would be the sole heir.

1.  A slayer statute (murderers cannot benefit from their crimes) will prevent him from inheriting any funds from his parents.

2.  The poor sister was killed because he wanted all of the estate when half was more than enough to cover the $3,000. How tragic.

3.  If one needs further proof that the adolescent brain does not fully develop until 25, just look at the 19 year upper class kid facing life in prison, or death,  without a family because of a $3,000 debt. 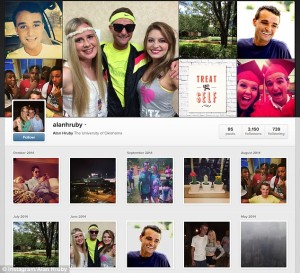