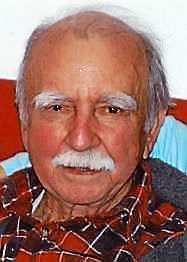 An individual who is a beneficiary of his uncle’s estate asked the Ethicist at the NYT if he should follow his uncle’s instructions to donate several thousand dollars to various charities.  The instructions were made in a letter accompanying the will.  The beneficiary perceived the groups to be “extremely right wing” and was offended by some of them.   The Ethicist instructed the beneficiary to make the donations or not take any money.

2.  Charitable bequests should be made in the will so they are carried out (and so charitable deductions are effective).

3.  Expecting anyone from California to donate money to a conservative cause is tilting at windmills.

All Cats (and Shelters) Look Gray in the Dark

An animal shelter in Collinsville, Oklahoma which always struggled financially received a $188K check from the estate of an unindentified deceased animal lover.  Two weeks later, it received a request from the law firm administering the decedent’s estate to return the check because the bequest was intended for a shelter with the same name in Collinsville, Illinois.  The shelter has not yet returned the check, although it has said it will.

1.  In making charitable bequests, I always list the address of the charity to prevent this type of confusion.

2.  Because of its error, the law firm has stated it will donate $12K to the Oklahoma shelter, which is 6x more than the shelter usually has in the bank.

3.  Apparently the Oklahoma shelter spent some of the $188K, perhaps $12K, or else it would have returned the funds last month.