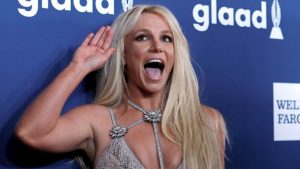 Lorenzen Wright played in the NBA for 13 years and earned $55 million.  Shortly after his retirement, he was the victim of an unsolved murder in a suspected drug deal.  He was survived by his ex-wife, Sherra Wright,  and their 6 children.  After his death, his ex-wife received $1 million in insurance proceeds in trust for the children.  Within 10 months of receiving the proceeds, she was accused of having spent nearly all of them on housing, furniture, cars, and travel.  She is now subject to probate court action to remove her as trustee.

2.  In some defense of Sherra Wright, purchasing real estate with trust assets is not spending them, it is re-allocating the type of investment.

3.  I suspect that Mr. Wright is not the only former NBA player to have significant career earnings and to die with less than 2% of them remaining.  Annual child support and alimony payments of $330,000 tend to rapidly diminish one’s net worth.

I previously blogged about rapper Nate Dogg who died in 2011 survived by 6 children of unascertainable ages and different mothers.  His estate is back in the news again because the mother of one of his children filed a claim against his estate for unpaid child support from the date of the child’s 2006 birth, plus support since Dogg’s death in 2011.   Two other women, one of whom also has  a child Dogg fathered in 2006, are arguing in court over the amount of support they are supposed to receive from his estate.

1.  In Ohio, claims against an estate must be filed within six months of the date of death.  The claim for Dogg’s unpaid back support would be invalid due to untimely filing.

3.  Dogg’s children are entitled to social security payments until they turn 18.

4.  For divorced couples, a life insurance policy is recommended to cover any future child support payments.

5.  Dogg could have established a trust to provide for his children upon his death.   However, that would have required foresight and planning.  For a guy who did not make child support payments nor who wore a condom, such planning would be inconceivable.