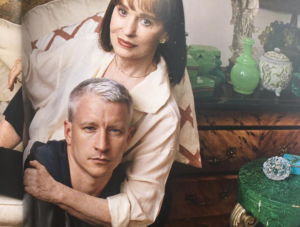 It Is Always About Trump Even When It Is Not 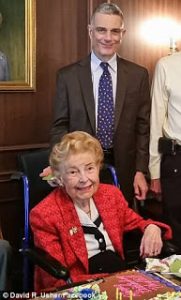 Phyllis Schlafly was a noted conservative icon known primarily for opposing the proposed Equal Rights Amendment to the Constitution in the 1970’s.  She died last September at the at age of 92 survived by her six children.  Her daughter, Anne, is contesting the last revision to her will which provided that any legal challenges to the will are to be paid out of the share of the person bringing them. Her brothers claim that Anne’s legal challenges have already cost $1 million in legal fees.
Three brief points:
1.  A standard no contest clause in a will usually provides that if someone contests the will, he  will lose his entire inheritance.  This is why it is advisable to leave more than $1 to a disinherited heir.
2.  This disputed clause seems to be more lenient than the typical no contest clause and definitely does not seem worth challenging.
3.  Only in the world of our Trump obsessed media, would Schlafly’s support of President Trump garner the headline and two paragraphs in this article that has nothing to do with the President.
Photo Copyright:  David R. Usher/Facebook
License:  Fair Use/Education