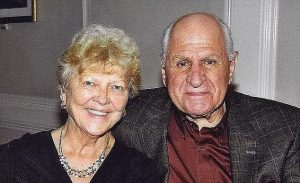 John Chakalos was a Connecticut octogenarian worth $40 million when he was murdered in 2013. No one has been charged with his killing although he was shot with the same type of gun his then 20 year old grandson had recently purchased.

Chakolos’ estate is to be distributed equally among his 4 daughters. However, last year one of his daughters, the mother of the gun owning grandson, disappeared at sea after the boat she was in with her son sank at sea after some holes were improperly repaired. The son/grandson was found 8 days later on a life raft. Now the 3 surviving daughters have asked the Connecticut probate court to declare the grandson as the murderer of Chakalos which they hope will prevent him from inheriting his mother’s share of the estate (and leave more for them).

Several points and one question:

1. The grandson should inherit his mother’s share of the estate. Slayer statutes apply when someone has been convicted of murder not merely suspected of murder.

2. Getting a bit wonky, the share of the now deceased daughter vested in her so technically she will inherit it and her estate will receive it and distribute it pursuant to her will.

3. If the Slayer Statute were to be applied, it should be applied to her estate although once again the son/grandson has not been convicted of her murder.

4. Is a 20 year old really capable of pulling off a perfect crime then repeating his success three years later?

5. If not, bad luck and odd coincidences certainly seem to follow the grandson.