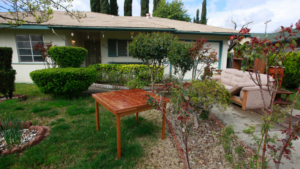 Cheat His Mom Then Cheat His Son

Anthony Marshall was the son of socialite Brooke Astor.  He was convicted of elder abuse of his mother and served two months in jail for stealing $14 million from her.  In his will, which was recently admitted to probate court, he left all of his assets to his second wife and her children.  He specifically excluded his son, Philip Marshall, who was the individual who notified authorities of his father’s treatment of Ms. Astor.  The younger Marshall will not contest his father’s will.

1.  The will would be difficult to challenge unless the younger Marshall could prove that his father lacked mental capacity to execute the will.

2.  The purposeful omission of the younger Marshall for ratting out his father is evidence that the father was mentally competent.

3.  If a man steals from his mom, it is not beneath him to vengefully disinherit his son.

Last Will and Embezzlement

Diminutive actor Mickey Rooney died this week at age 93. In recent years, he was in the news for his allegations of elder abuse against his step-son and step-daughter-in-law and for his Congressional testimony about the abuse. Last Fall, he symbolically settled the case against his step-son and his step-daughter-in-law for a $2.8 million judgment that will not be paid by them. He re-wrote his will last month to exclude his wife of 35 years, from whom he had separated a year ago after allegations of physical abuse, and his 11 natural children. He left his entire $18,000 estate to his other step-son who has been his care giver for the past 3 years.

1. Elder abuse is more common than realized. Although it is rare when a spouse of 36 years is somewhat complicit in the abuse, mothers will go to great lengths to “protect” and enable their children’s bad habits.

2. Under Ohio law, his estranged wife would receive the entire $18,000 despite what the will states because a spouse is entitled to at least the first $20,000 of assets.

3. Eight wives? Someone should have told him he did not need to marry every woman he dated.