Not A Great Day In Harlem 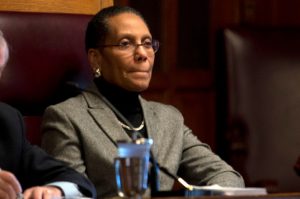 The suspicious April death of Judge Sheila Abdus-Salaam, the first Black woman to serve on New York’s Court of Appeals (the state’s highest court) has been ruled a suicide. Her body was pulled from the Harlem River the day after her fourth husband reported her missing. Video recorded her walking near the banks of the river.

This is not a whodunnit piece. Instead, the interesting info is that Judge Abdus-Salaam left an estate worth $2 million and a 2004 will that pre-dated her most recent marriage by 10 years. The will left 25% of her estate to her mother who died in 2012 and the balance equally among her siblings, including her brother who died in 2014. The primary asset in her estate was a Harlem brownstone valued at $2 million which she purchased in 1980 for $6,000. Her husband is a minister and has blessedly waived his statutory right to inherit part of her estate even though he was not included in her will.

2. I advise my clients to review their estate plan every five years to assure that key events like the death of a beneficiary or the divorce of the designated guardian are taken into account in the documents.

3. The widower of Judge Abdus-Salaam might have waived his rights to inherit due to a pre-nuptial agreement between him and the judge although he might simply be an honorable man and waived the rights so her family could benefit.

4. I doubt that I am the only person who wishes he had invested de minimis amounts in Harlem real estate in 1980.

5. I am aware of the Hudson River and the East River, but the Harlem River is new to me.