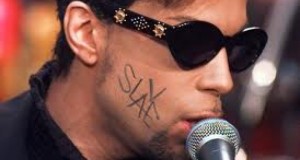 Reports are surfacing that Prince did not leave a will. Of course, it is ludicrous to expect someone to present his will one business day after his death. Still, his longtime attorney and friend said that he did not prepare a will for his Purple Majesty because Prince thought he would live to be 1,999. It is unlikely another attorney prepared a will for Prince. He is survived by a sister and three half-siblings.

1. Live to be 1,999? At some point the attorney/friend has to say, “Dude, the average American lives to be 78. Add fifteen years for taking care of yourself. Tell me who should inherit your sizable estate and let’s write it down.”

2. Under Ohio law, his estate would pass equally to his sister and half sister (plus any children of his dead half-siblings).

3. If the attorney for Harper Lee were appointed as Executor, we would see various outtakes released as newly discovered material and presumably titled “1998.”