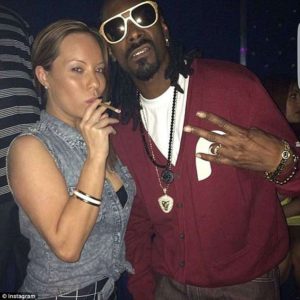 Micky Liu is described as an HBO IT exec. When he died in 2015, he left his life insurance proceeds, and 401(k) plan balance and other retirement benefits to Veronica Beckham, a stripper he had met 9 months earlier. His sister contested the $223K left to Beckham alleging that Beckham (no relation to David) had seduced Liu. A court ruled against the sister on the grounds that the only person who could contest the beneficiary designation was Liu’s prior beneficiary, an ex-girlfriend.
A few minor points:
1. The court made the correct ruling because Liu had no presumption of leaving the benefits to his sister or any other family member.
2. Undue influence is more difficult to prove in a non-will matter than a will contest.
3. As a rule of thumb, women who hang with Snoop Dogg are not usually romantically interested in IT guys.
4. $223K total benefits (including presumably 1X salary in life insurance)? The term “exec” has become as watered down as the term “porn star.”
Photo Credit:  Instagram
License:  Fair Use/Education

Robert Durst is the NY real estate heir who was recently arrested in New Orleans for the 2000 murder of his friend, Susan Berman, who was found dead with a single gun shot wound to her head.  She had supposedly been contacted by police about the 1982 disappearance of Durst’s first wife shortly before her death.  Durst has been married to Deborah Lee Charatan, an ambitious NY real estate broker, since 8 days before the murder of Berman, although they had dated for 12 years prior. Durst was bought out of his family’s trust for $65 million in 2006 and is now reportedly worth $100 million. In the finale of HBO’s series, “Jinxed”, Durst is recorded as saying he killed them all (i.e wife, friend, and neighbor).  Haratan is reportedly living with one of Durst’s lawyers even though she is still married to Durst.

1.  As a general rule, spouses are not required to testify against each other in a trial so a marriage to Charatan would protect Durst from any testimony by her about his past and where the bodies are buried, so to speak.

2.  If Durst dies in prison, Charatan will likely inherit a large portion of his estate.  It is difficult to entirely disinherit a spouse – in Ohio a spouse is entitled to half the probate estate if there are no children, even if the will provides otherwise.

3.  It is high stakes gambling to be involved with someone suspected of killing a spouse and girlfriend, and who was acquitted of killing and dismembering a neighbor while living as a mute woman, although a payoff of $50 million at his death might make it worthwhile. Emphasis on might.

4.  Living with one of the attorneys of someone who killed and dismembered a neighbor is not advisable due to the possibility of raising his ire and meeting the same fate as his wife, friend, and neighbor.  Living 1,000 miles away would be the smart play. 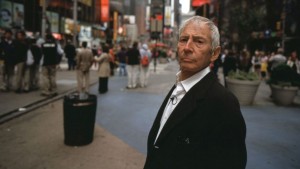