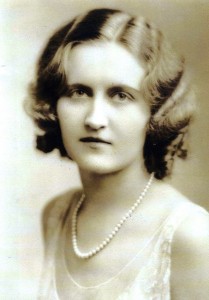 On the Back of the Working Class. Kind Of. (Huguette Clark Part 4)

I have previously blogged about the estate of Huguette Clark and the resulting litigation.  Her heirs, will beneficiaries, day nurse, attorney, and accountant reached a settlement last September in which the nurse forsook a $30 million bequest and agreed to return $6.7 million of the $31 million she had previously received, the accountant and attorney agreed to waive their rights to the $1 million they were to receive, and the heirs agreed to share $38 million after being left out of the will.  Now, the night nurse, who made $131K annually and received gifts of $1 million and was not a party to the settlement is suing the estate for being left out of the will after she was allegedly promised money by Ms. Clark.  The estate is suing her to return some of the gifts.

2.  Ms. Clark had no obligation to leave her nurse anything in her will.  Cases trying to enforce promises to leave a bequest are extremely difficult to win.

3.  Even without receiving anything in the will, the nurse made out fine with her six figure salary and seven figure gift for sitting next to a sleeping woman for 20 years.

4.  In what looks like the 1% exploiting the 99%, the nurses either received nothing under the will and had to  return prior gifts while the attorneys shared fees of $24 million.  In actuality, it was the rich exploiting the less rich because her night nurse’s income and assets placed her in the top 4% in the U.S.  Sympathies are hard to place in this story.

I previously blogged about the will dispute over Huguette Clark’s fortune, here and here.  Now the issue is set for trial in the next week.  I snarkily  wrote “When a distant relative is a Gilded Age heiress, a Christmas card and occasional phone call provide a great return on investment.”  It turns out that her great-grandniece did send her a Christmas card for 33 years until her death and was still excluded from the will.  Actually, the great-grandniece and other distant relatives were included initially in a 2005 will but then excluded by a revised will she signed a month later.  However, no relative saw Ms. Clark between 1968 and her death in 2011.  The excluded relatives are challenging a will which left most of her fortune to her caregivers, her support network (including her attorney), and the hospital in which she resided for her last 20 years.

2.  The grounds for challenging a will are either lack of mental capacity or undue influence.  If she was not competent to execute the second will, it is doubtful she was competent the prior month to leave everything to the relatives.

3.  The lawyer drafting a will should never be a beneficiary of the will.  He should bring in another attorney to prevent the appearance of undue influence by him.

4.  My guess (which based on my prior snark and other poor predictions in this blog is probably wrong) is that she reflexively signed a will leaving her assets to her relatives even though she had not seen them since the RFK and MLK assassinations and the moon landing, then reconsidered and decided to leave her assets to people who had made a difference in her life.

5.  More bloggers, and journalists, should admit their poor prognostication abilities.