Late NYC art dealer, Robert Ellsworth, was in the news recently because he left $50,000 in his will to two waitresses at his favorite restaurant. He also left $10 million, a house in Connecticut,  and $5,000/month to his boyfriend of 50 years who was 17 when he moved in with Ellsworth  The boyfriend is challenging the will because of bequests made in trust to various charities, including Harvard, which would result in the estate planning attorney earning fees for serving as trustee of the trusts.  The boyfriend alleges that Ellsworth was suffering from dementia when he revised his will to include the charities.

1.  Presumably a prior will made by Ellsworth was more favorable to the boyfriend because it would be reinstated if the most recent will is declared invalid.

3.  Regarding the attorney serving as trustee of the charitable trusts, I generally decline to serve as executor or trustee for my clients because of perceived conflicts of interest.

4.  If Cher could live with Sonny when she was 16, I guess it was then socially acceptable for the 17 year old boyfriend to move in with the then 37 year old Ellsworth.  Now, Ellsworth would be arrested for being involved with a minor, unless he was Doug Hutchison and she was Courtney Stodden.

5.  With its $32 billion endowment, can we all agree that Harvard does not need a nickel more and should use its endowment to lower its tuition? 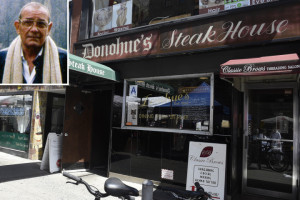