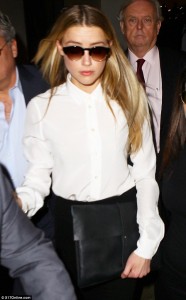 His Feet Should Be in the Ground

Casey Kasem died a month ago but his body remains unburied.  Reportedly, just prior to his daughter obtaining a court order to keep his body in the U.S., his wife had his body shipped to Montreal, the home of her alleged boyfriend.   Additionally, Jean Kasem’s law firm is seeking to resign as her attorneys after she has allegedly incurred unpaid legal bills of $500,000 during her dispute with his children. The law firm has threatened to file a claim a claim against his estate for payment of its services.

Two points, if I must:

1.  Creditors of a decedent can file a claim against the estate for unpaid debts.  Services rendered on behalf of one party in a deathbed dispute are not necessarily the responsibility of the estate especially if the party loses.

2.  I would would not think too long about continuing a romantic relationship with a meat throwing and scripture quoting partner who has her deceased husband’s remains shipped to my hometown.  To paraphrase Kramer on Seinfeld, “Two words, Jerry.  Break up.”