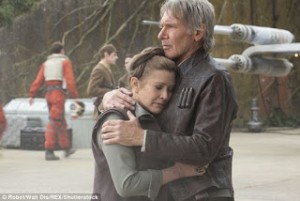 Josh Powell is the Utah man who presumably killed his wife in 2009 and concocted an improbable story to explain her disappearance (he took his young sons on an impromptu camping trip at midnight on a snowy, December night).  During a custody dispute with his wife’s parents, he locked himself in a cabin, hatcheted his sons to death, and blew up the cabin immolating himself in 2012.  His brother, who was suspected of helping him dispose of his wife’s body, committed suicide a year later.  His father, who exhibited odd behavior after the wife’s disappearance, served two years for voyeurism after authorities found pictures of neighborhood girls and women on his computer.

This case is back in the news because the Powell family and the Cox family are squabbling over the sizable life insurance proceeds on the lives of Powell and his wife.  A trust created by Susan Powell is the beneficiary of the policy on her life.  The trust presumably provided that if her husband and son were not living that the proceeds were to be divided between the Powell family and the Cox family.  Her father as conservator of her estate changed the trust in 2013 to provide that only the Cox family would benefit from the trust.  Josh Powell designated his now deceased brother as the beneficiary of his policy after his wife’s disappearance.  His brother and sister are fighting the Cox family for those benefits.

1.  Bad facts make bad law.  On the face it seems that no one in the Powell family should benefit from the misdeeds of their family member but the law correctly applied provides otherwise and the families should divide the insurance proceeds, or at least keep the proceeds from the policy on their respective family member and have the trust proceeds evenly divided per the trust terms.

2.   It is crazy to think that someone acting on behalf of another person who the law presumes is alive but everyone else know is dead can change the trust created by that person three years after the date she died.

3.  The honorable action for the Powell family members would be to walk away from this.  However, when one brother is a murderer, the other is a conspirator, and the father is a convicted voyeur, all shame is already in the public sphere so they might as well see if they can grab some money, consequences and public opinion be damned.

Even Rappers’ Estates Need to Pay Their Debts

I have previously blogged about rapper Nate Dogg and the financial issues surrounding his estate.  He died in 2011 without a will but with 6 children of unascertainable ages and different mothers and unpaid child support and medical bills of $290K.  His primary asset was a house with $200K of equity.  The administrator of his estate has a contract to sell the house for $340,000 but his children are opposing the sale because it will not leave them enough money.

1.  A decedent’s debts must be paid before estate beneficiaries receive any proceeds of the estate. It is unfortunate for his children that there will likely be no assets left for them after the payment of debts, but an administrator cannot magically make a house worth more than the market is willing to pay nor make the debts less.

2.  If Mr. Dogg had wanted to provide for his children and not worry about his debts, he could have purchased a life insurance policy to benefit them.