Fashion designer Oleg Cassini became famous for designing Jackie Kennedy’s pillbox hats.  He was also known for marrying actress Gene Tierney, dating Grace Kelly, and dressing Marilyn Monroe.  He died in 2006 survived by a daughter from his marriage to Gene Tierney and by his secret wife of 35 years, Marianne Nestor, who most assumed was his employee.  His will left $1 million to his daughter and the balance of his $52 million estate to his widow.  His daughter was unaware of his marriage to Ms. Nestor until after his death.   His daughter successfully contested the will on the grounds that Cassini’s 1952 divorce decree from Tierney promised his daughter 25% of his estate.  Because his widow has not yet paid the sum to her, has spent estate funds without court authorization, and did not have insurance on a $30 million house that burned, the probate court has removed the widow as executrix of the estate.

1.  Apparently a provision in a 50+ year old divorce decree where the other party is divorced trumps a will.

2.  When there is a secret marriage and the wife is only 5 years older than a daughter, I advise naming a neutral third party as executor for efficient execution of the will.

3.  When a secret marriage exists, it is doubly damaging for the child to find out about it from a hospital nurse the day her father died.

4.  In the fashion world, I doubt Yves St. Laurent, Christian Dior, and Gianni Versace had estate disputes between their wives and children.  Nor will Karl Lagerfeld. 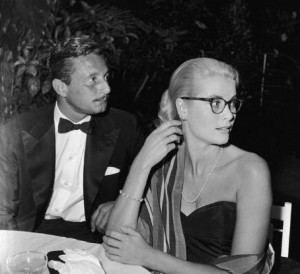