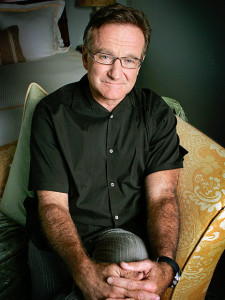 The widow of Robin Williams and his children from his prior marriages settled their dispute over his estate this week.  His third wife was seeking some of his personal belongings, which he left to his children in his will, and funds to continue to reside in their home for the rest of her life.  Williams had left her the home in trust, but apparently did not set aside a specific sum to provide for the upkeep of the house for her lifetime.  The undisclosed settlement provides that she will have sufficient funds to live in the house the rest of her life, plus she will be able to keep their wedding gifts, a bike they purchased on their honeymoon, a watch, and the tuxedo he wore to their wedding.  They also disputed the ownership of various photographs.

1.  This dispute was really about the funds to keep her in their Tiburon house.  The rest of the items are inconsequential.

2.  I am glad his children were able to allow his widow to have one watch and one bike from his watch and 50 bike collection.

3.  In the era of digital photography, does anyone really fight over the ownership of pictures when they are readily reproduced? 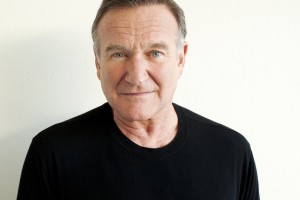 Robin Williams’ will was admitted to probate court last week.  It provides that his entire $50 million estate will be left to a trust for the benefit of his 3 children.   The trust provides that his children will receive their inheritance in stages at the ages of 21, 25, and 30.

2.  I would never advise a client to leave such a large sum to a 21 or 25 year old – the child’s initiative to become a successful, independent, adult can be stifled.

3.  I recommend more installments with increasing percentages of funds as the child ages.

4.  Williams’ children will likely view their dad as the “World’s Greatest Dad” but I think this trust is a “Flubber.”

My favorite piece was his take on golf.  He will be missed.