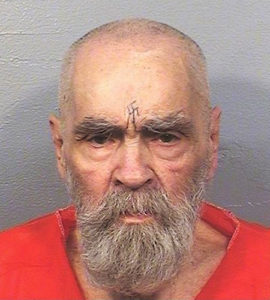 1. The body was released to Manson’s closest living relative as it should have been.
2. The competition for the body of a man who personified “evil” is odd.
3. The battle for the body is a prelude for a battle for his estate although after 47 years in prison the estate likely consists of a blanket, toothbrush, razor, and a few dollars for working in the prison laundry.
Photo Credit:  California Dept. of Corrections
License:  Fair Use/Education