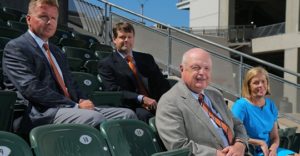 I guest wrote Paul Daugherty’s The Morning Line Blog on Friday. I focused on the Bengals and a possible solution for their ills. I also gave a brief trip report for our South Africa trip.

License:  From article I wrote 🙂 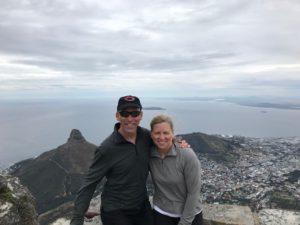 Janice and I were in South Africa and Zambia for 10 days on one of our best trips ever. We visited Cape Town and the surrounding area, spent three nights on a safari, and visited Victoria Falls and its Devil’s Pool. Pic is from hike up Table Mountain in Cape Town. We cannot recommend the trip enough.

Winnie Mandela, the ex-wife of Nelson Mandela, filed a claim against his estate seeking control of his ancestral home for her daughters.  Mandela divorced Winnie in 1996 after he charged that she had been unfaithful to him during his 27 year imprisonment.  Mandela’s  will left the ancestral home to his 3rd wife who later waived her right to half of his estate in exchange for  properties in her native Mozambique. Mandela’s grandson later ordered the exhumation of the bodies of 3 of Mandela’s children from the ancestral home, but Mandela’s daughter had the bodies re-interred at the disputed home.

Several points, if I must:

1.  It is odd that an elderly mother would be the one to file a claim on behalf of her middle aged daughters.  Adolescence is seemingly prolonged every year.

2.  If the South African court system moves at the same pace as it did for the Oscar Pistorius trial, Winnie and the third wife will die before there is a resolution.

3.  Whoever can convince the various members and factions of the Mandela family to have a group hug deserves a Nobel Peace Prize.