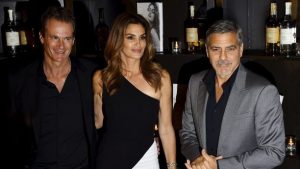 Simon Says This Is Not a Gift 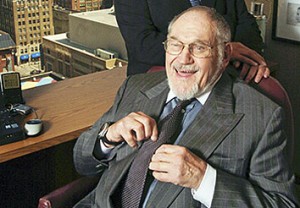 Mel Simon owned the Indiana Pacers with his brother, Herb, for 16 years. After the Malice in the Palace in 2004, the Pacers started losing money and Simon became disenchanted with his ownership of the team. He sold his interest to his brother in a very quiet deal that was two years in the making. The terms included being released from various personal guarantees. Simon died shortly thereafter of pancreatic cancer. The IRS determined that the deal was so favorable to his brother that his estate owes a gift tax of $21 million. His widow has sued the IRS for a refund of the gift tax paid.

1. An individual may give away $5.45 million during his life before he has to start paying gift tax.

3. The donor is the person responsible for paying the gift tax.

4. This deal between brothers sounds complicated. It is doubtful that one brother would intentionally give the other $83 million.

5. The widow can afford the tax bill – Simon’s estate was valued at $2 billion because of his pioneering development of shopping malls.

6. Ironic that Simon’s loss of interest in basketball ownership is tied to the Malice in the Palace. Ron Artest – the gift that keeps on giving.

News You Can Use – Estate Tax Exemption for 2015

The IRS announced that the estate tax exemption for 2015 will increase from $5.34 million to $5.43 million.  This is the amount that can be left estate tax free to heirs.  Those taxpayers suffering from dyslexia will see little difference.

Happy New Year.  Moving into 2013, my previously mentioned horrible prognostication abilities did not end when 2012 ended.  I did not foresee Congress making the $5 million unified credit permanent.  The unified credit is the amount of money one can give away tax free during life or at death.  Although in some fairness, I am not sure anyone in the estate planning community foresaw it either.

1.  Unified credit is $5 million and will be indexed for inflation.
2.  The estate tax rate will be 40%.
3.  The unified credit is portable which means that the first spouse to die does not need a trust to utilize the credit.

For the rest of 2013, I will be out of the prediction game save for Alabama defeating Notre Dame next week (with fingers crossed that I am wrong and ND wins the National Championship).