A Scottish nurse falsely accused her grandfather of sexually abusing her when she was younger in an attempt to accelerate her inheritance.   After the charges were found to be bogus, she was sentenced to 22 months in jail for fabricating the claims which forced her grandfather to spend some time in jail after they were made.

1.  Her plot was as poorly conceived as the USC football player’s story about jumping off a balcony to rescue a drowning nephew.  There is no law that treats criminals as deceased and then accelerates an inheritance.

3.  Consider it a hunch, but I suspect she will now never inherit a dime (or should I say shilling) from her grandfather. 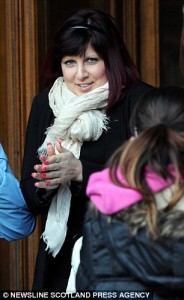