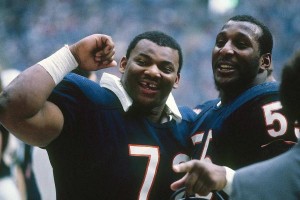 Where Are They Now? Collecting an Inheritance.

An Illinois man who lived alone in a farmhouse with no running water, bathed in a creek, and did not bathe when it was frozen, died last summer of a heart attack.  His will left his estate to two actors he had never met – Kevin Brophy and Peter Barton.  Brophy’s biggest role was as a man who had been raised by wolves in “Lucan” while Barton  had been on the “Young and Restless.”  Apparently the deceased had written the actors in the past and they had responded with a thank you and watch me in my upcoming appearance note.  The deceased considered them friends.

2.  For will purposes, there is a difference between eccentric and mentally incompetent.

3.  I am not sure that either Brophy or Barton would qualify for an episode of VH1’s “Where Are They Now?”

4. Lucan?  I vaguely remember it from my youth.  I certainly did not have a poster from it for years as did the decedent.  This was the poster in my teenage room.