Posts tagged “Where the Wild Things Are” 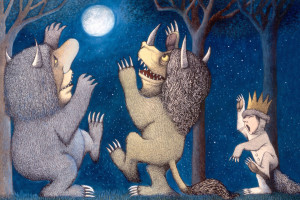