When Plans Work Out 2 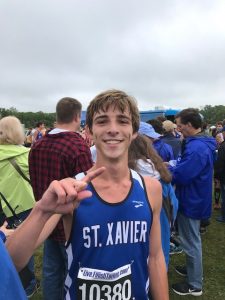 Jack won the open race at yesterday’s Lebanon Cross Country Invitational. When he learned he would be running the open race, he softly mentioned that he could win it. His plan was to be near the front and then take the lead – which he did at the 1.5 mile mark. As proud as I am of him, I am even happier for him.