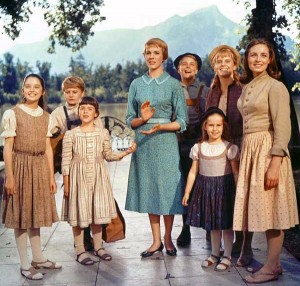 Reluctantly resorting to advice columns for material.  A woman with 4 children mentioned that her friend with 3 children had asked her to be the guardian of the 3 children.  The first woman declined the possibility of serving as guardian after discussing the 3 additional children with her husband.  The second woman has since ignored her friend.  The first woman sought advice/affirmation for her decision.

Who Wants to Make (or Receive) This Phone Call?

Q. Death Around the Holidays: A man I work with and with whom I’ve had an affair the last two months died suddenly over the weekend. I am pregnant with his child. He didn’t know. His current wife, now widow, doesn’t either. How do I broach this subject? His estate is rather large.

A: I’d say I’m sorry for your loss, but since apparently you aren’t, I won’t bother. For your financial interests, contact a lawyer specializing in family law. I don’t have any advice on where you go to get help for your lack of morals—or heart.

1.  If the man left all of his assets to his wife, I do not think that there will be much available for the child other than Social Security because the widow is not obligated to leave assets to the child.

2.  If the man did not have a will, in Ohio the child would essentially share in 2/3 of the probate assets with the other children.

3.  If  the man left assets in a trust for his wife and children, which ultimately are to be distributed to his children, the child from the affair will likely inherit the same share as his other children because children are usually defined generically in wills and trusts not as “children from my relationship with my wife.”

4.  I doubt Ann Landers and Dear Abby would have answered as tersely as Prudie did.

5.  Giving the woman the benefit of the doubt, which Prudie did not, the writer might have adapted her writing style to the 21st century blog post/Internet style and left out all perceived unnecessary adjectives (and emotion).  Or, she could be a Hemingway fan.